Last Friday morning, I hit the streets of Tel Aviv with my good friend, Ben (you may remember him from my reports on Nina Sushi and the Lumina). We hadn’t seen each other for a while, so had some catching up to do.

After a few hours exploring the busy Bograshov area, enjoying the sun’s soothing warmth, we decided it was time to fill our rumbling stomachs. But Ben and I had different cravings — I yearned for a hamburger, yet couldn’t ignore the fact that Ben is something of a sushi expert. Not to mention, it’s been almost six months since I last reviewed a sushi restaurant.

So, I realized I had a special one-time situation to take advantage of for my blog, especially as Ben is the last person in the world to turn down the chance to devour some Sushi. It took us around 10 seconds to decide on the the well-known Moon Sushi restaurant just a few meters from us, on Pinsker Street.

Did we make the right decision? Did our spontaneity work in our favor? Read on, loyal reader, and find out! 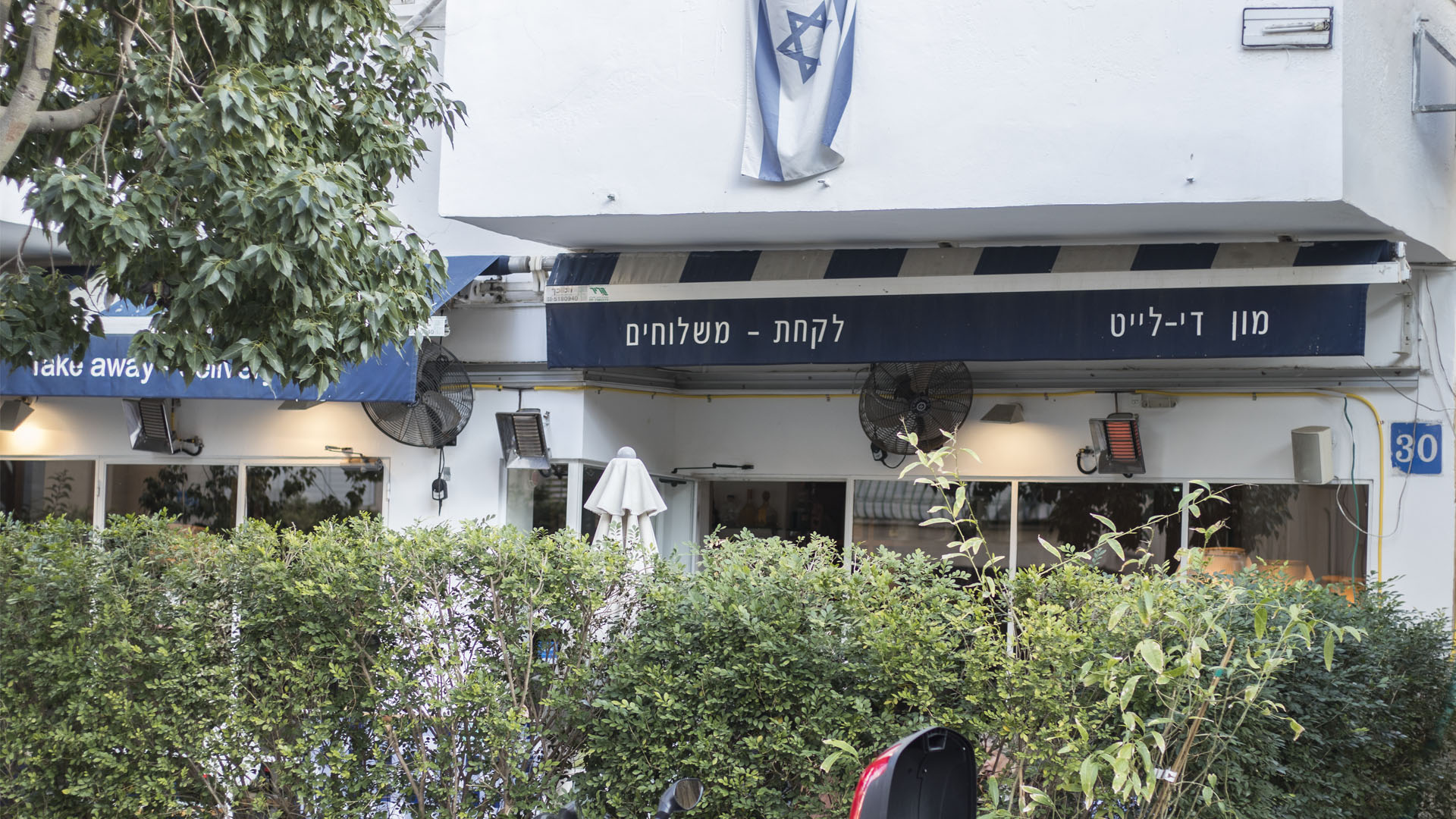 There are two Moon Sushi branches in Tel Aviv: the one we chose on 30 Pinsker Street is called Moon D-light, and the other in Bograshov (generally considered the main one). Pinsker Street is nice and quiet, with a typical Tel Aviv atmosphere.

As we entered the restaurant, the courteous hostess led us to a table. The interior is of a fairly-modest size, but there’s a balcony for those who prefer to eat out in the fresh air (this is actually around the same size as the inside of the restaurant itself).

The place isn’t ornately decorated or especially fancy, but the atmosphere was quiet and pleasant. Ben and I both enjoyed sitting in a calm, relaxing environment while we waited to be served, soaking up the ambience. 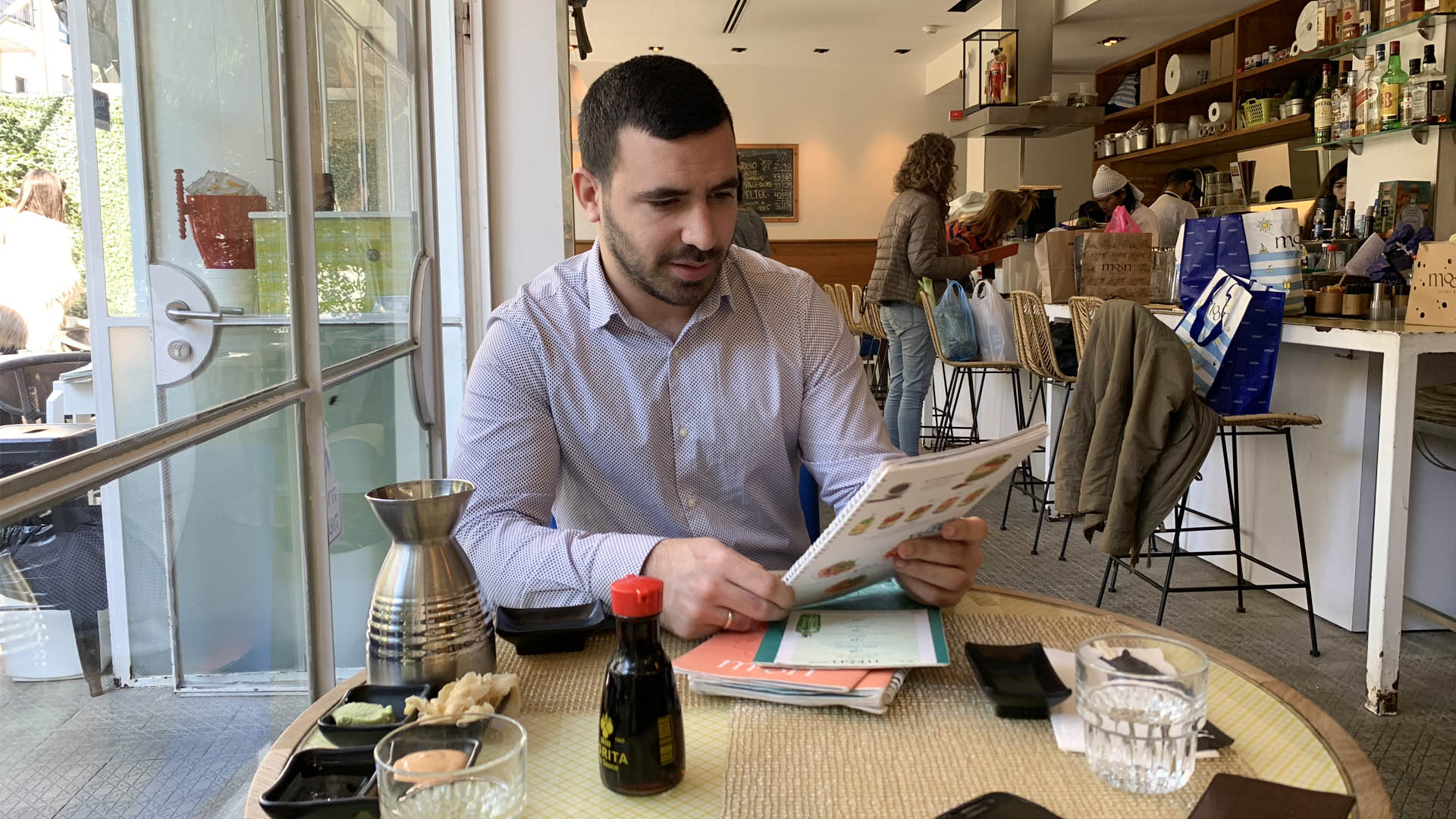 First course
To get ourselves acquainted with Moon Sushi, we ordered Sashimi Yuzo as our first course. 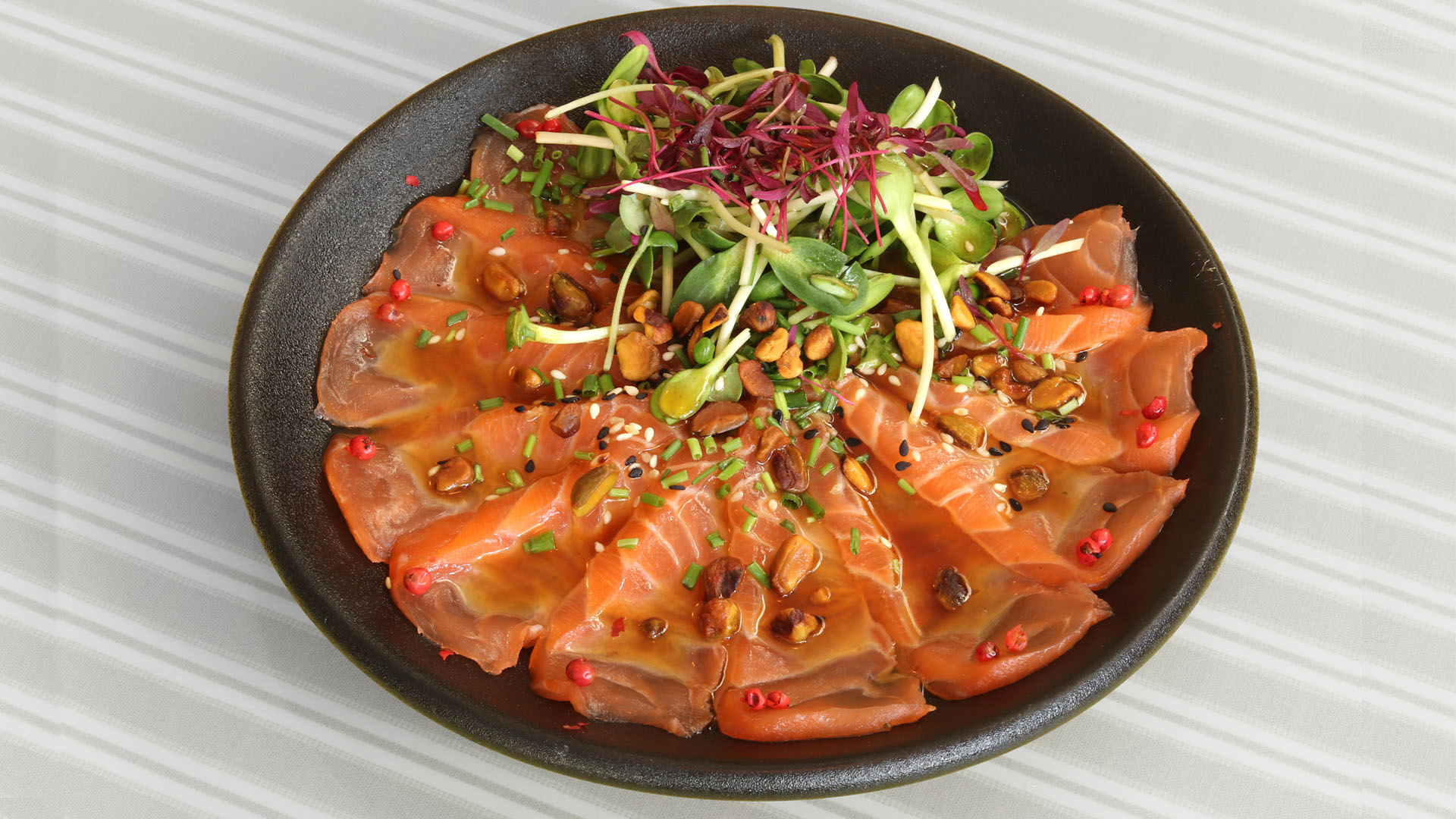 Before we even tasted it, we took a few seconds to marvel at the amazing expertise on display — the fish was cut with a level of professionalism and precision that’s rare to see.

As for the taste, the salmon was fresh and tasty, benefiting from the seasoning of the roast pistachios, red pepper and the Yuzu sauce. We both really enjoyed this dish, and it made a promising opener for the meal. 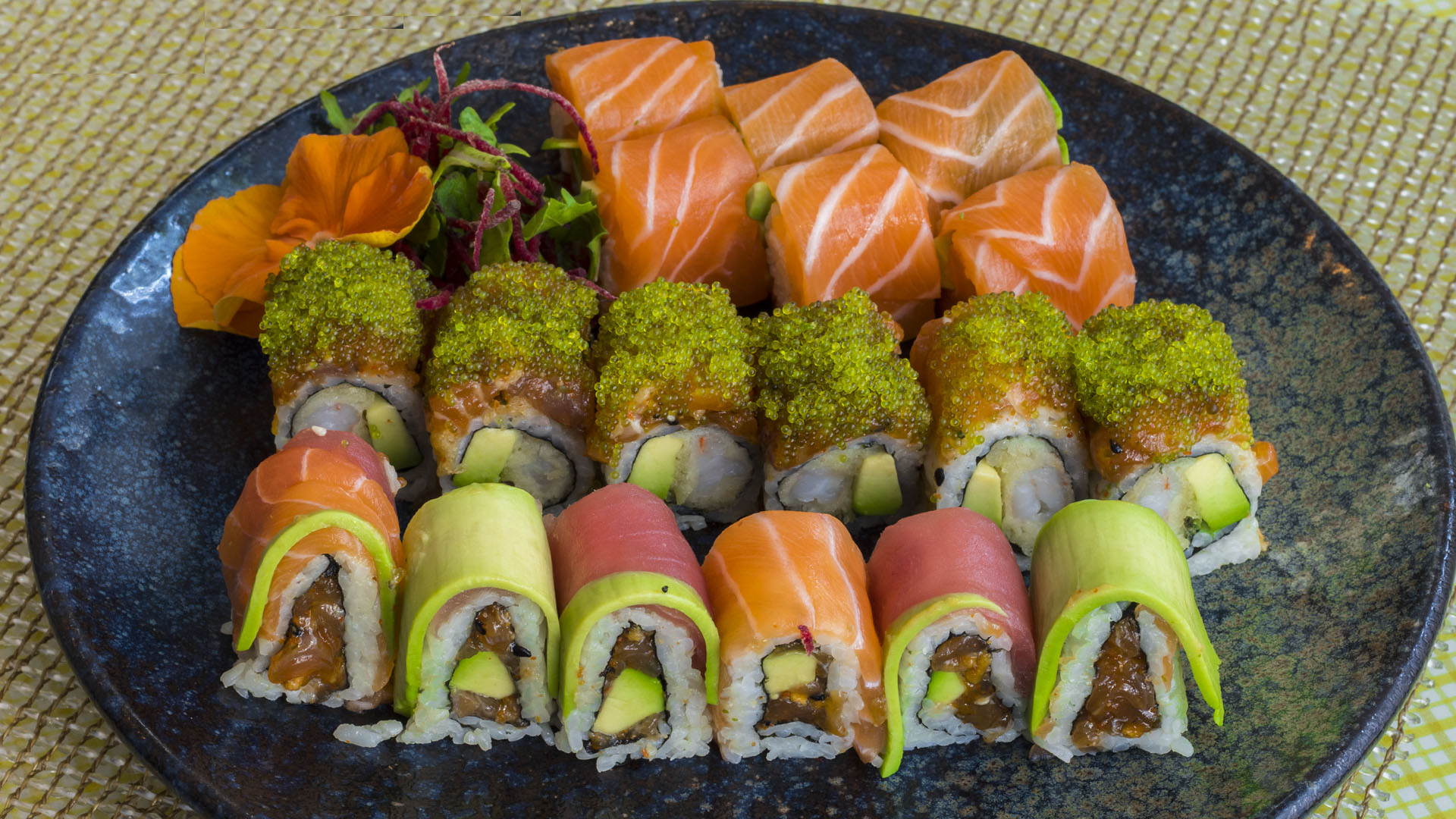 The first plate featured three different rolls, all with bright colors that whetted our appetites.

The first roll was the Flamingo — avocado wrapped in fresh salmon. It was delicious and fresh, visually perhaps the most solid of all three.

The second roll was Suban Special — a unique roll made from a spicy mixture of salmon and tuna. This delicate, tasty dish consisted of shrimp tempura and avocado inside green tobiko spicy eggs.

The roll itself was meticulously prepared, the ingredients were fresh and the combination was simply exquisite.

The third roll on the plate was Spicy Salmon Roll — thin and colorful strips of raw salmon and tuna wrapped around salmon seasoned with lemongrass and togarashi. A very tasty roll with a great combination of salmon and tuna, and avocado that took the roll to another level.

Next, we ordered another roll that Ben told me we had to try — Napoleon. This consisted of four rectangles decorated with grilled salmon, salmon skin, panko salmon, sweet potato, avocado and — the highlight — melted Gouda cheese! 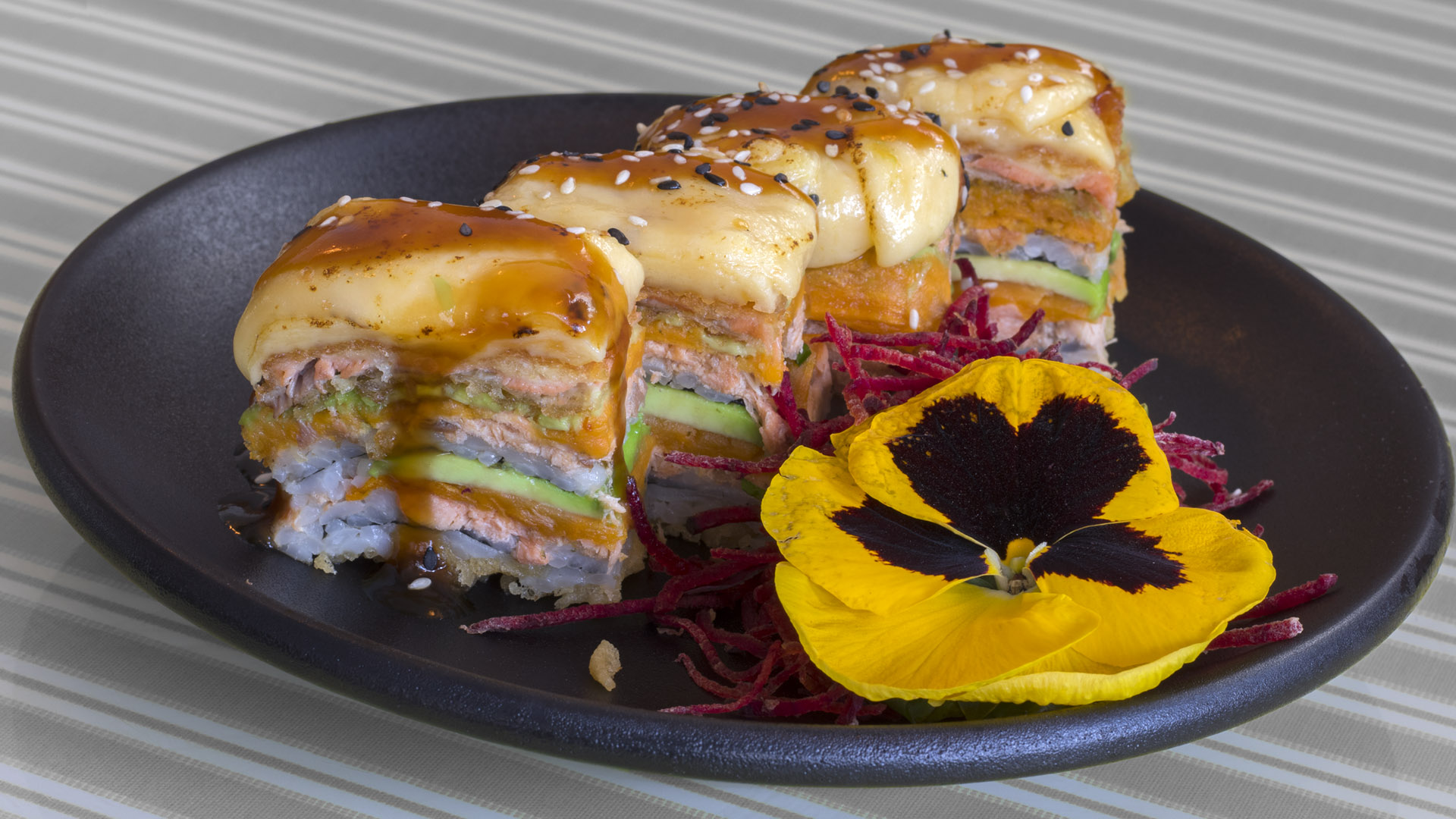 How can I describe the taste? How can I do it justice? One word: HEAVEN.

This sushi was unlike anything I’d had before, with the molten cheese upgrading it to a whole different level.

In addition, we sampled the Surf ‘n’ Turf: salmon and avocado covered with raw salmon, with seared goose liver and red tobiko. The roll had a powerful flavor, with a piece of seared and tasty goose liver on each piece. 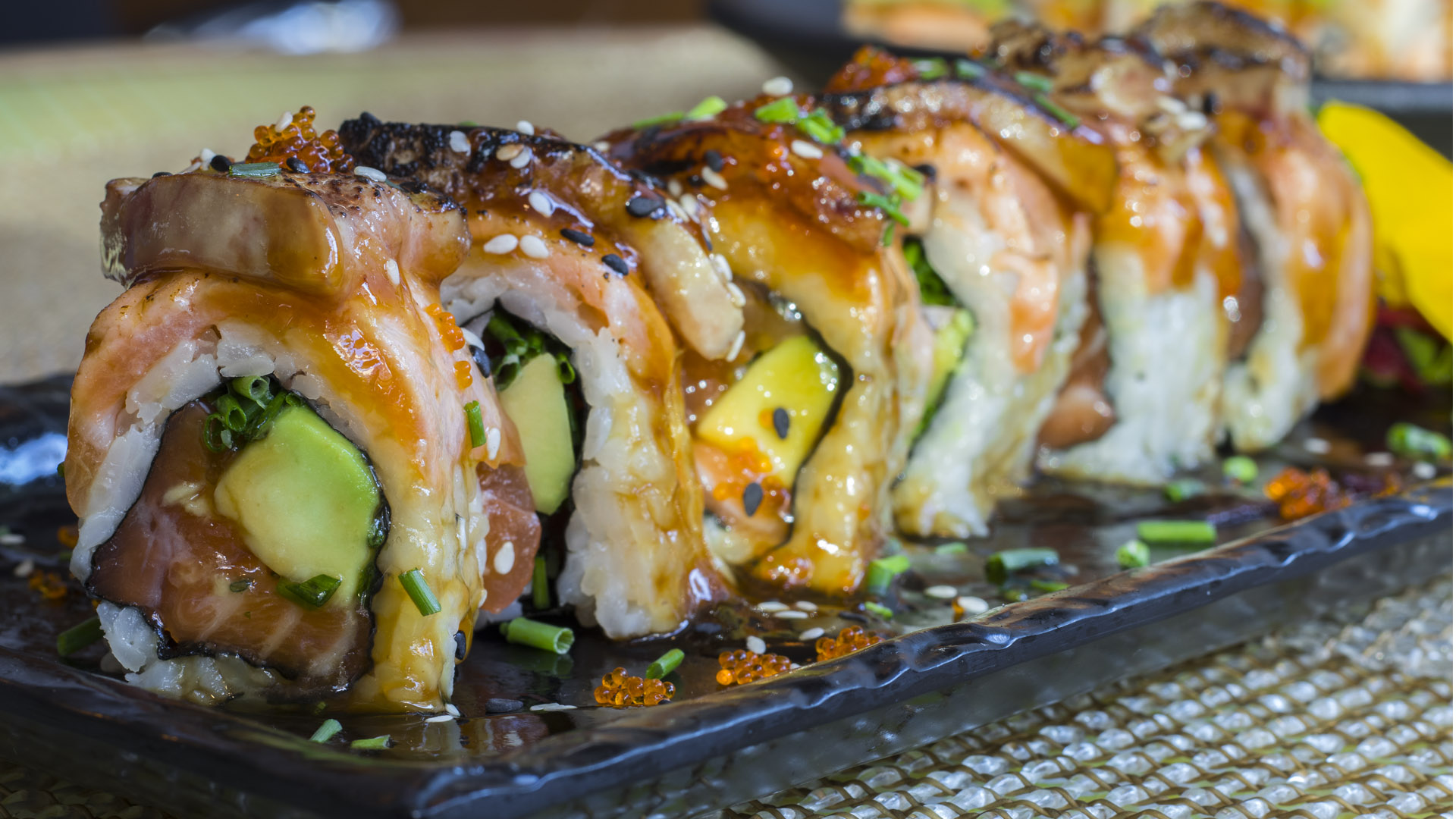 After finishing the first course plus five full rolls (not an easy task, readers), we moved on to dessert. Without even looking at the menu, we asked the waitress to surprise us with a dessert suited to a Japanese restaurant.

The waitress agreed, and a few minutes later we received our dessert: a plate adorned with two colourful balls cut in half. It seemed quite strange to begin with, so we asked the waitress for an explanation. 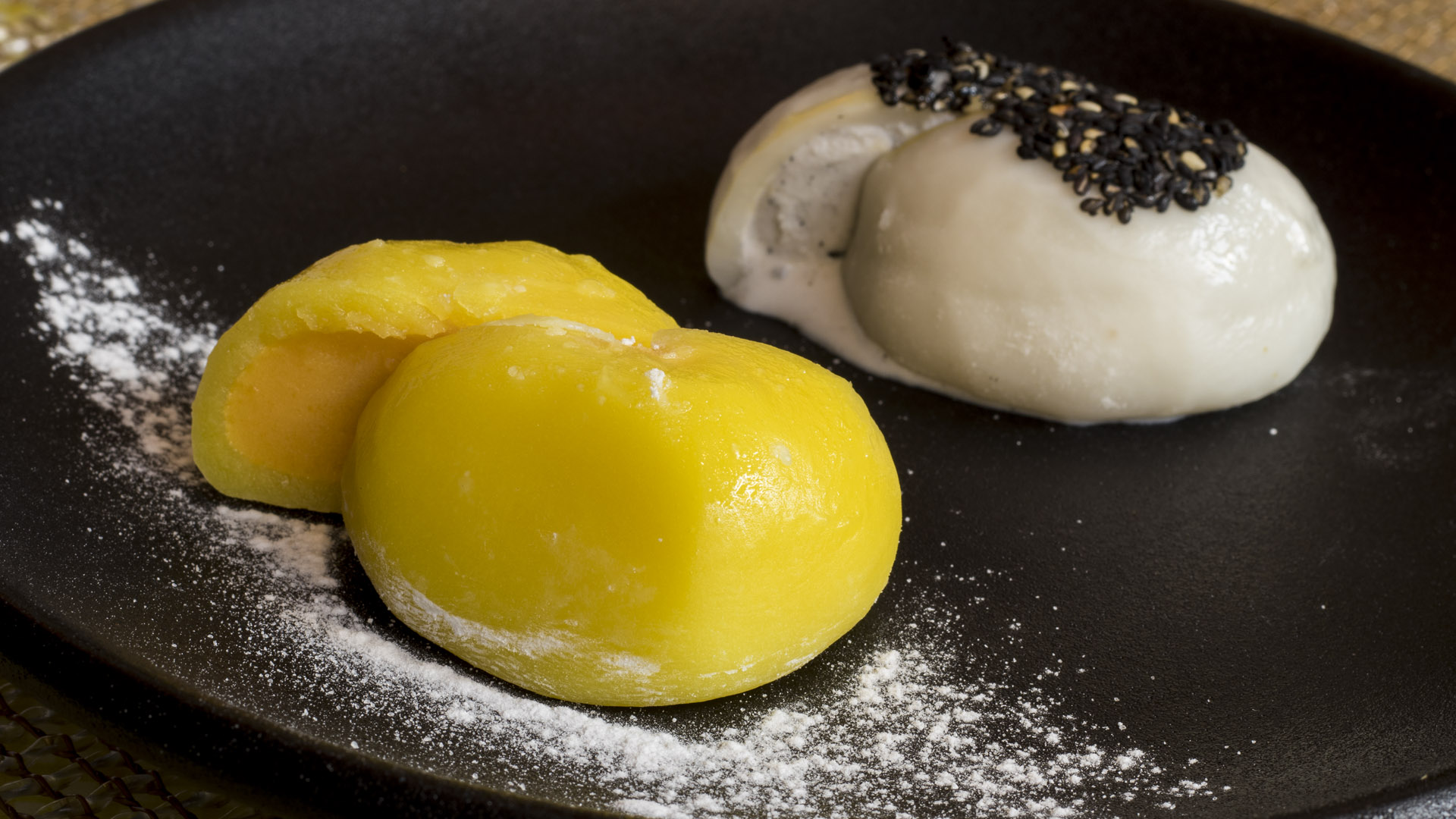 It turns out this dessert is called “Amochi“, and is made up of Japanese rice dough balls filled with ice cream. One was mango and the other black sesame.

Despite the initial shock, both Ben and I thoroughly enjoyed the dessert and agreed it was unlike anything we’d encountered in the past.

The service we received from the waitress was courteous and to the point. She demonstrated in-depth knowledge of the great menu, and helped us a lot with choosing our rolls. She did a fantastic job surprising us with the special dessert too.

The Moon Restaurant definitely suits any budget: Ben and I enjoyed delicious dishes and filled our stomachs without emptying our pockets. Full value for money. 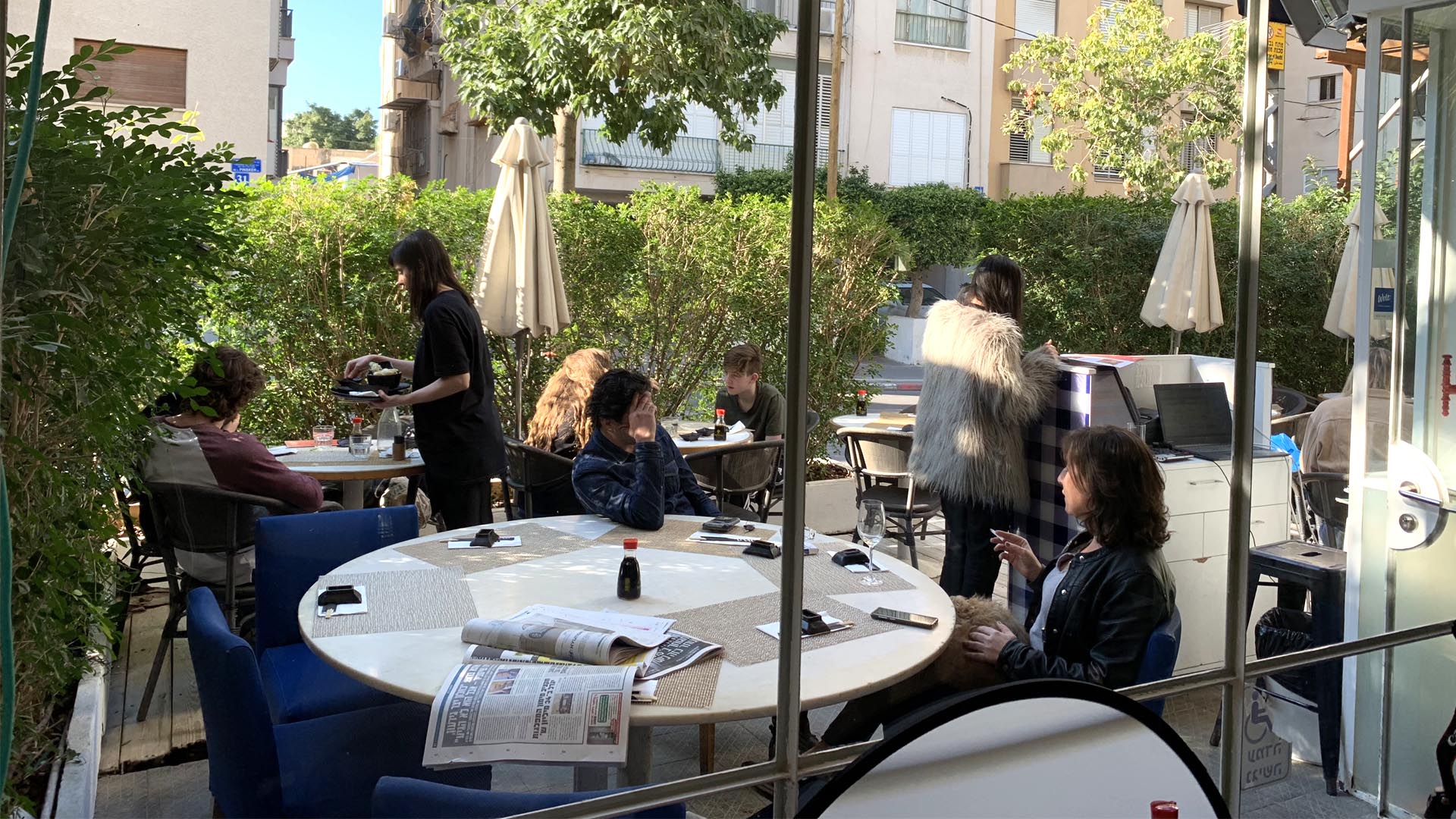 The visit to Moon Sushi was a real success. It’s a quiet, relaxed place specializing in sushi of the highest standard.

It’s hard to find a single drawback in this restaurant, especially for those who love sushi (like Ben). I’ll close this report with a few words from the expert: “The quality of the food, in relation to the prices, was above expectations — the ingredients were so fresh and tasty. We both enjoyed the meal, so we may well go back someday.” 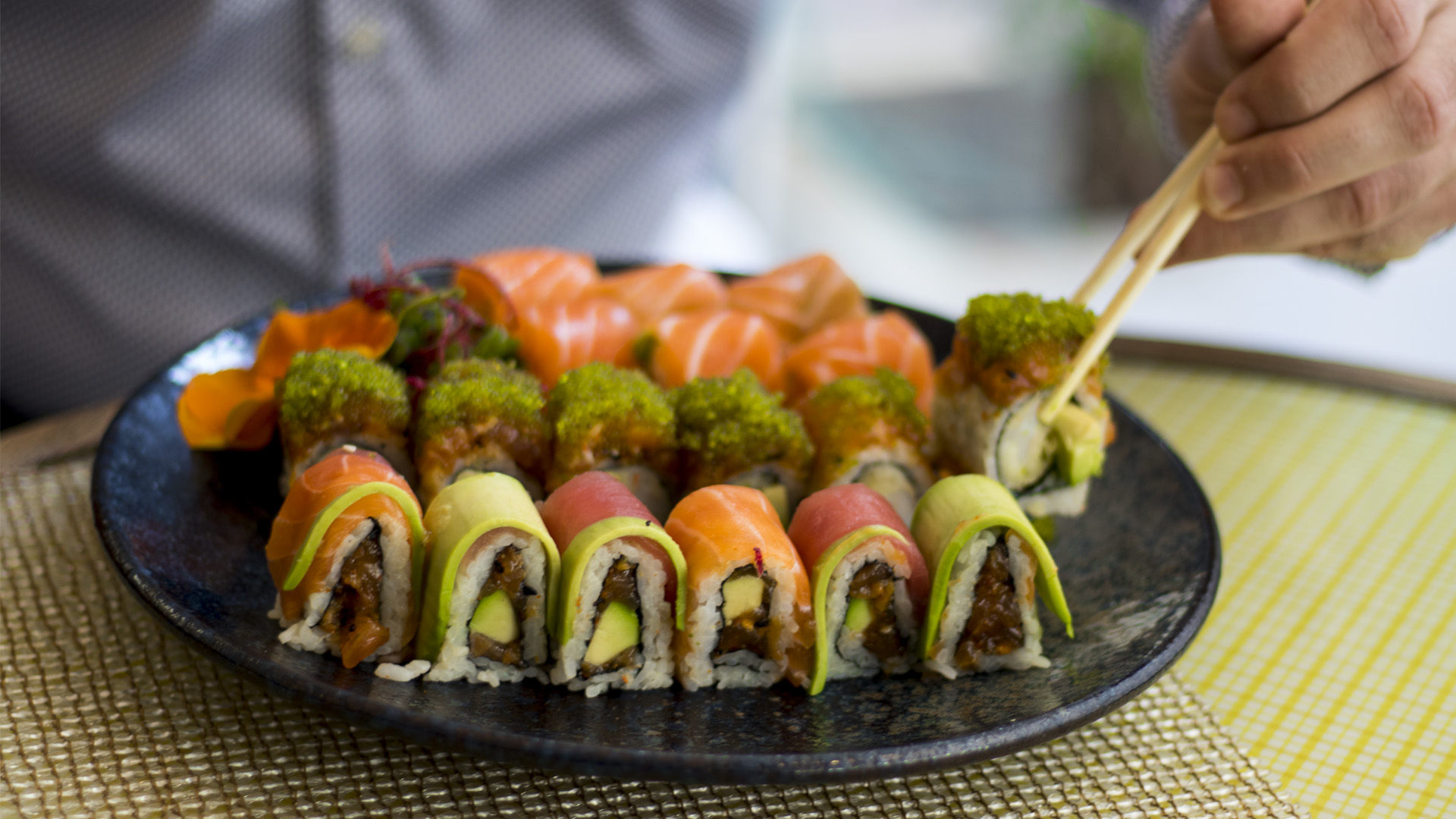 I eat there at least once a month..great sushi!